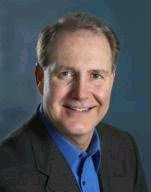 
Airline Offers Fares as Low as $29 One-Way in Philadelphia for the Month of May
PHILADELPHIA, May 9 /PRNewswire-FirstCall/ -- Southwest Airlines (NYSE:LUV) is celebrating summer in Philadelphia with super low fares through themonth of May. Today, the airline's Chief Executive Officer, Gary Kelly,announced special fares for flights between Philadelphia and Pittsburgh,Manchester, Providence, Columbus, and Raleigh-Durham. With walk-up fares aslow as $49 one-way and advance purchase fares as low as $29 one-way, flyingfor business or pleasure has never been easier (see fare rules below).Fares must be purchased by May 31, 2007.
Clickhttp://www.southwest.com/?src=PR_PHL_050907 to book these fares. "Southwest is celebrating three years in Philadelphia, and we thinkthese low fares are a way to share the excitement with our PhillyCustomers," Kelly said. "Philadelphia has shown us that they want moreSouthwest flights, and we are currently working on new gate space toaccommodate that demand."
Kelly, in town participating in Temple University's Executive inResidence program, addressed more than 200 business leaders and students atthe Pyramid Club. Kelly discussed Southwest's success and plans for growthin Philadelphia. "Southwest has a number of exciting plans for Philadelphia this summer;we appreciate you all making us a success here; and we look forward tobringing you some fun, Southwest style," Kelly, told the audience. Southwest Airlines was named to BusinessWeek magazine's first ever listof "Customer Service Champs." The BusinessWeek list, which appeared in theMarch 5, 2007, issue, ranks the best providers of Customer Service, anddigs into the techniques, strategies, and tools they use to deliver greatservice.
Southwest Airlines (NYSE: LUV), the nation's largest carrier interms of domestic passengers enplaned according to the latest release fromthe Bureau of Transportation Statistics, currently serves 63 cities in 32states-the airline will begin service to San Francisco this fall. Based inDallas, Southwest currently operates more than 3,300 flights a day and hasmore than 33,000 Employees nationwide. Fare Rules All fares are available for purchase today through May 31, 2007, at http://www.southwest.com and through Southwest Airlines' reservations line,1-800-IFLYSWA.
Travel for $49 one-way walk up fares is valid from May 9,2007, through Nov. 2, 2007. Travel for $29 one-way fares must be purchased14 days before departure with travel valid from May 23, 2007, through Nov.2, 2007. Fares are available one-way and are combinable with all otherfares (except Senior Fares). When combining fares, all ticketingrestrictions apply. Seats are limited.
Fares may vary by destination andday of travel and will not be available on some flights that operate duringvery busy travel times and holiday periods. Fares do not include a federalsegment tax of $4.50 per takeoff and landing. Fares do not includeairport-assessed passenger facility charges (PFC) of up to $9 one-way andU.S. government- imposed September 11th Security Fees of up to $2.50one-way. Fares are subject to change until ticketed.
Tickets arenonrefundable but may be applied toward the purchase of future travel onSouthwest Airlines if unused. Fares are valid only on Southwest-operated,published, service and are not available through the Group Desk. Any changein itinerary may result in an increase in fare. Standby travel requires anupgrade to the full unrestricted fare. Fares are not necessarily commonrated in the Washington, D.C. area (Baltimore/Washington and Dulles), BayArea (Oakland, San Francisco, and San Jose), or the Los Angeles Basin.Hawaii is not included in this sale.
at May 21, 2007

Learning how you make knitting

We try explained to you about knitting for your business, products knit to many style and design can be also application to cloth, this ...